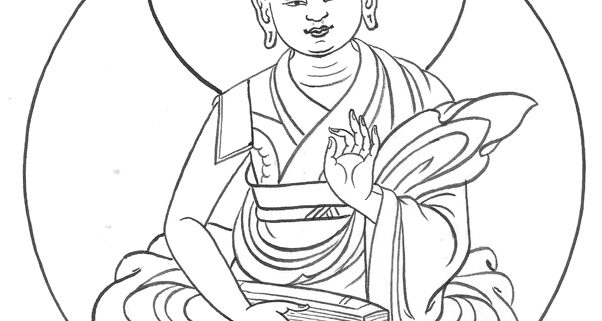 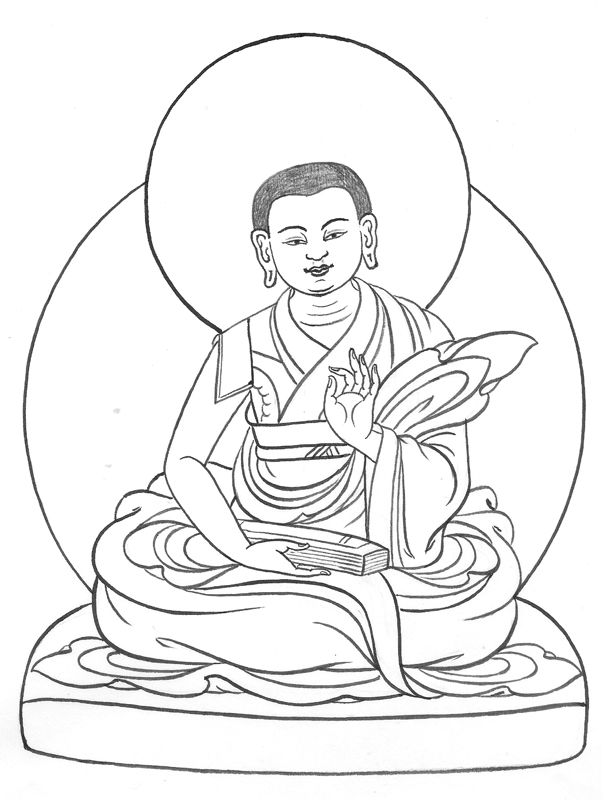 He recited the mani mantra as soon as he was capable. So, his father asked Drinchen Riwa to inform him about the lineage of Avalokiteshvara and teach him about the mani mantra. Gyaltsen Bum learned to read and write at the age of six and with a single glance at the Manjushri Uttering the Names Tantra, the Heart Sutra, or the Twenty-One-Praises of Tara, Gyaltsen Bum knew what would follow without missing a beat. He took monks’ vows before Lama Sharpa Künga Senge and Lama Tengkangpa at the age of fifteen and maintained an impeccable attitude and faultless ethics. He studied the Prajnaparamita with Lama Tengkangpa and his teacher Künga Bum. He absorbed both the words and their meaning for three years, then developed new elucidations. He studied the Hevajra Tantra and learnt the songs and practices of the Sakya school and became so skilled that he was able to give new explanations on these teachings.

He had a strong desire to be a great meditator like Shangtönpa. He then presented himself to Lama Shangtönpa and asked for the Six Yogas of Niguma. Gyaltsen Bum received a series of teachings from Lama Shangtönpa including Mahamudra instructions, Mind Deathlessness and Non-Deviation and practiced for three years in Kuklung and three years in Tokar. He spent thirteen years practicing in solitude in the upper cave of Jag during which all experience and realizations arose in his mind.

He received the following teachings from the third Karmapa Rangjung Dorje (1284-1339), the Three Bodies Pointing-Out Instructions, advice on placement meditation, Mind-Prana Inseparable, the Dzogchen Heart Essence, and the Approaching and Accomplishing Practices. He also received the Red Yamantaka Tantra and other teachings from Lama Sengé Yeshé of Lari.

He wrote down commentaries on the Six Yogas, the Five Tantric Deities as well as secret oral and profound instructions.

Gyaltsen Bum was graced by the blessing of the lamas and received the one-to-one, guru to disciple transmission of the Shangpa lineage and many prophecies from Dakas and Dakinis. All of his students were able to develop a strong practice and beheld the clear light nature. He granted empowerments and teachings for the benefit of beings until he passed away at the age of seventy.