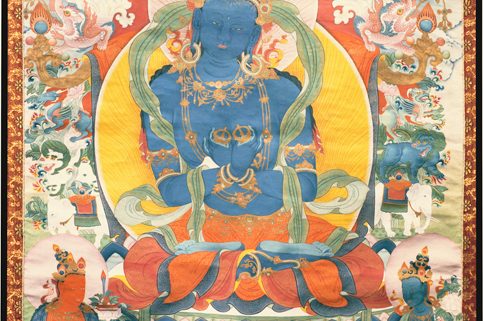 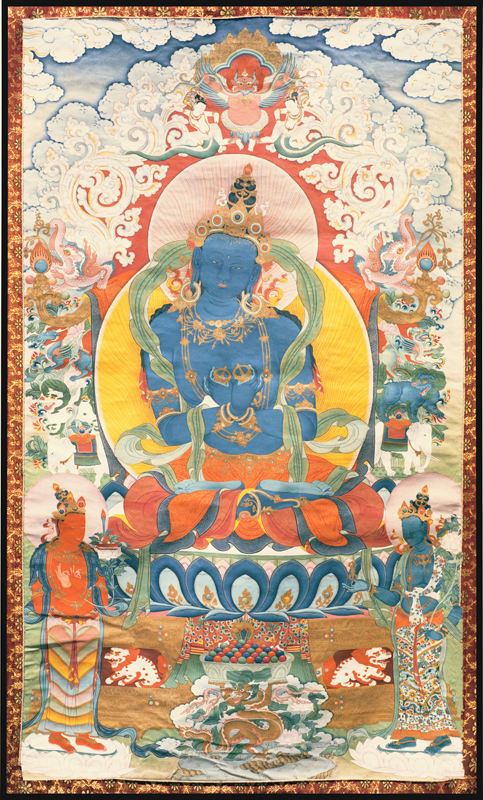 Vajradhara is the primordial buddha, the essence of all the buddhas of the three times. Vajradhara is a Sanskrit name; Vajra means “diamond”. It cannot be taken away, it cannot be cut and it cannot be dismantled. Dhara means ’to hold’. Whoever holds diamond-like reality is called Vajradhara.

The Dharmakaya, synonymous with Vajradhara Buddha, is the source of all the manifestations of enlightenment. As such, the Buddha has often manifested in the shape of Vajradhara to many early buddhist masters. For instance Tilopa and Niguma have had visionary experiences of Vajradhara, in the course of which they received crucial instructions. Thus, Vajradhara is often counted as the originator of the Kagyüpa and the Shangpa as well as many of the Sarma Schools, or schools of the later dissemination of the buddhist teachings in Tibet.

The term Vajradhara is also used as an honorific title for great Vajrayana teachers.